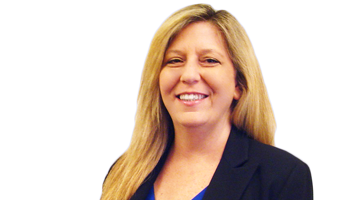 Alaine Patti-Jelsvik specializes in assisting Counsel Press clients in their matters within the California and Nevada appellate courts, and throughout the 9th Circuit Court of Appeals.

Alaine earned her law degree from Whittier College School of Law, with honors, ranking 5th in first year, and later joined the Whittier Law Review as staff editor. She also published her Law Review article on the subject of education and immigration in California. Alaine served as the President of the Student Bar Association and 9th Circuit Lieutenant Governor of the Law Student Division of the American Bar Association where she participated in the elimination of race discrimination by law student organizations. Also while in law school, Alaine was a student mentor and research and teaching assistant, and she interned for the Los Angeles City Attorney, Civil Division.

CounselPress staff are super knowledgeable, efficient, timely, understanding under stress, and very personable. These are rare commodities in the hectic legal milieu that we operate in. So I thoroughly enjoyed working with them and will continue to use Counsel press In the days and appeals that will come.

As this was my first case with Counsel Press, I particularly appreciated the comments and support from Alaine Patti-Jelsvik.