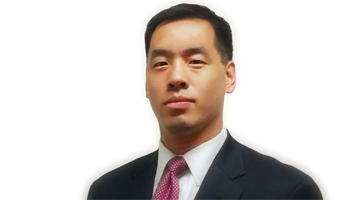 Gary Chyi clerked for two years for the United States District Court for the Northern District of Ohio and worked for eight years in private practice, most recently with the prestigious law firm of Kirkland & Ellis LLP and the Office of the Illinois Attorney General.

Mr. Chyi has extensive litigation experience, having worked on numerous cases at the trial and appellate levels in federal and state courts. During his litigation career, he worked on one of the largest, longest-running and most complex airline bankruptcy cases, at the trial and appellate levels. He also oversaw discovery matters in the largest civil discovery process in U.S. history, the Gulf of Mexico oil spill multi-district litigation. Having handled civil matters in large and complex matters, he brings to bear a deep appreciation of the nuances of substantive and procedural requirements affecting the appeals of his clients at Counsel Press.

Mr. Chyi has been the Director of our U.S. Supreme Court division since 2019, working hand in hand with our clients at both the petition stage and on the merits, on matters of form, tactics, and strategy. He also enjoys a close working relationship with the senior clerks at the Court. Counsel Press has provided guidance to 98 of the top 100 law firms, as well as many state and local government entities, in U.S. Supreme Court matters.

Mr. Chyi is also an Appellate Counsel specializing in the U.S. Courts of Appeals for the Sixth, Seventh, Eighth, Federal, and District of Columbia Circuits, as well as Illinois and Wisconsin state appellate courts. He works regularly with our clients at all stages of appellate litigation in those courts on matters of procedure and practice.

Thank you so much for all your hard work in getting these Final Briefs prepared and filed. I very much appreciate your dedication, professionalism and trustworthiness. It has been a great pleasure working with you and if I ever need filing assistance in the future, you're the one I will call. You and your staff have been wonderful. Thank you again.

That is actually a really really good result, the more I think about it. Thanks again to you and your team. You came through for us big-time.

Thank you again for your assistance in getting our brief filed today. The finished product looked great. I look forward to using your services again in the future.

The briefs look terrific. Thank you for all your hard work, I know that we demanded a lot, but you and your company produced a very nice product.